Buy Acer Swift 5 Pro from the US to Kenya 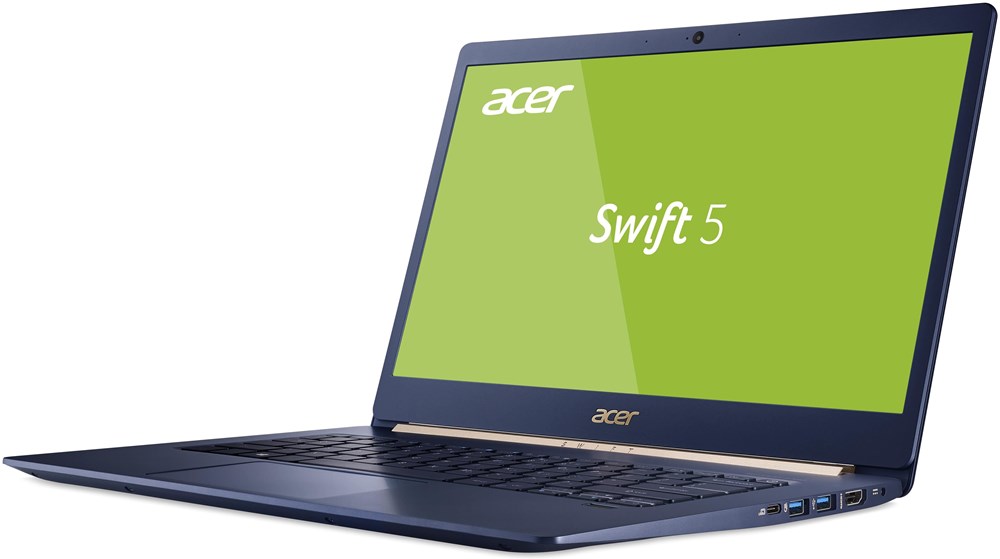 The archer Swift 5pro is a lightweight laptop and offers appropriate performance compared to its predecessors. Swift 5 pro has undergone a series of tests to ensure that it serves its intended purpose. The device comes with a new processor with an advanced graphics unit to gap the extreme throttling that the previous Swift 5 had. Acer Swift 5 Pro is designed with a larger battery. It’s hard to notice the changes from outside because the real differences are inside. The device weighs Less than 1kg almost the same to its predecessor, and it beats most of the competitors in the market. The changes in the details of the Acer swift 5pro at first glance, you may not notice any visual differences between the previous Swift 5 and the current one. However, if you take a closer look, you will see the changes in the details -and that is very excellent.

Swift Pro 5 has swiftly dealt with the lousy port positioning. On the predecessor, all ports were positioned on the right side only which was very inconvenient for all right-handed people using the device. Now the machine comes with a USB Type-A slot and the audio jack on this side. The other two ports have been moved to the left side, which makes the distribution to be even. Swift 5 pro still lacks the LAN but offers the Wi-Fi connection. 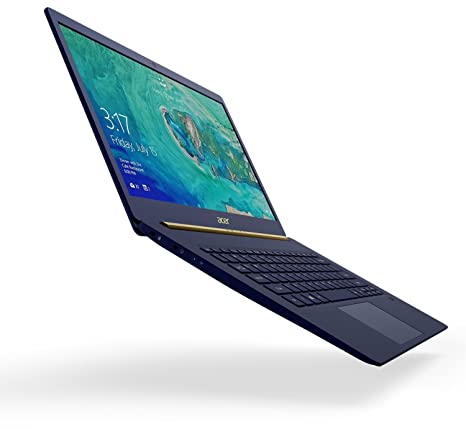 The keyboard comes with very narrows keys which share their doors with the page up and down and pos1 end keys, the integrated power keys next to the delete bar and the brightness symbols. The typing is rapid and easy as well as the backlighting which offers at least two levels of brightness. The touchpad properties are significantly large and have an excellent gliding look. One can quickly notice the different gestures.

The Acer Swift 5 pro touch screen is very comfortable and easy to use. The hinges are substantial and robust, and you can handle your laptop without any problem. Acer Swift 5 pro chose to use a panel from the AU Optronics. However, the swift 5pro model is made of the matte surface rather than a reflective one. The brightness is also improved. The device’s average light is now the best in the entire comparison field.

The processor in Swift pro5 device is a new Intel Core i5-1035G1 which is an efficient quad-core CPU based on Ice TDP that can be configured between the range of 7.5 and 25 watts. The base clock is very low at the rate of only 1 GHz, but the CPU can go up to 3.6 GHz that depends on the TDP configuration or 3.2 GHz for all four cores continuously. The chip in Swift 5 pro comes with its features as well as the Wi-Fi 6 and Thunderbolt 3. The processor performance of the new Swift remains stable after the first few rounds of testing rather than dropping like it for the old Swift 5. As much as Swift 5 cannot outstand most of its competition despite their older CPUs, it can beat its predecessors such as the Swift 7. However, it shows that there remains some throttling, and that is the reason why the device cannot make full use of its potential.

The Acer Swift Pro 5 offers the best system performance so far. It easily outweighs its strongly throttled predecessor though the competition is not that far. There is an evident advancement in terms of system performance compared to the previous versions of the Swift 5. Subjectively, you can perform all your essential tasks smoothly.

The Swift Pro 5 comes with a Kingston SSD with 512 GB of storage. It works well when tested, and this makes it appear in the best category of devices with great room. The GPU performance is remarkably very excellent and very faster on those devices equipped with the UHD graphics of 620. The Acer Swift does not have a powerful GPU, although the reasonably new Intel HD Graphics G1 should be faster than the usual UHD Graphics units. However, the performance tends to be slow when the device is using the battery.

Although Intel has managed to get a little more performance out of its UHD Graphics, swift 5 pro is ideal in gaming. Users are able to play games with the best settings at the most. Games such as The Watcher 3 can be displayed smoothly even with the lowest settings. The Swift5 pro reaches an average of 27 fps using these settings, though when the variability of the frame rates becomes high, it makes the gaming to be hardly smooth. Users could potentially play in Full HD with medium details the Rocket league comfortably.

When Swift 5 Pro is put under maximum load, its temperatures reach a maximum value of 42 °C on the bottom, which remains slightly more refreshing. Users can be now comfortable working while the device is on their lap because of the pleasant temperature. The wrist rests, which play okay an essential role on a daily basis, remain very cold even when there is very high heat development occurring mainly towards the back, near the display, the heat is distributed evenly across the entire width of the device.

The speakers produce a high but smooth sound that is comfortable for every user. However, Swift 5 Pro speaker’s volume is too low overall, and the bass tones are not audible. The Mids are well balanced though uninspiring. However, you can connect the external audio via USB or the combined audio jack.

The Acer Swift 5 Pro battery capacity is 56 Watt, and it can last up to 12 hours. The previous model had installed a 36-Wh battery which affected the battery lifespan negatively. Thanks to Swift 5, Fruit has a larger capacity. Under synthetic tests, the battery managed to last up to 2 h 14h and a maximum of 14 h 45 m under brightness mode. Under the Wi-Fi tests, Swift 5Pro can manage to last up to 8 hours under two- thirds brightness and continuous browsing. The previous ones only managed to last up to 5 hours under the same condition, which means there is a significant improvement in this device. The battery improvement is a very substantial achievement in Acer; that’s why it opted for a bigger one. 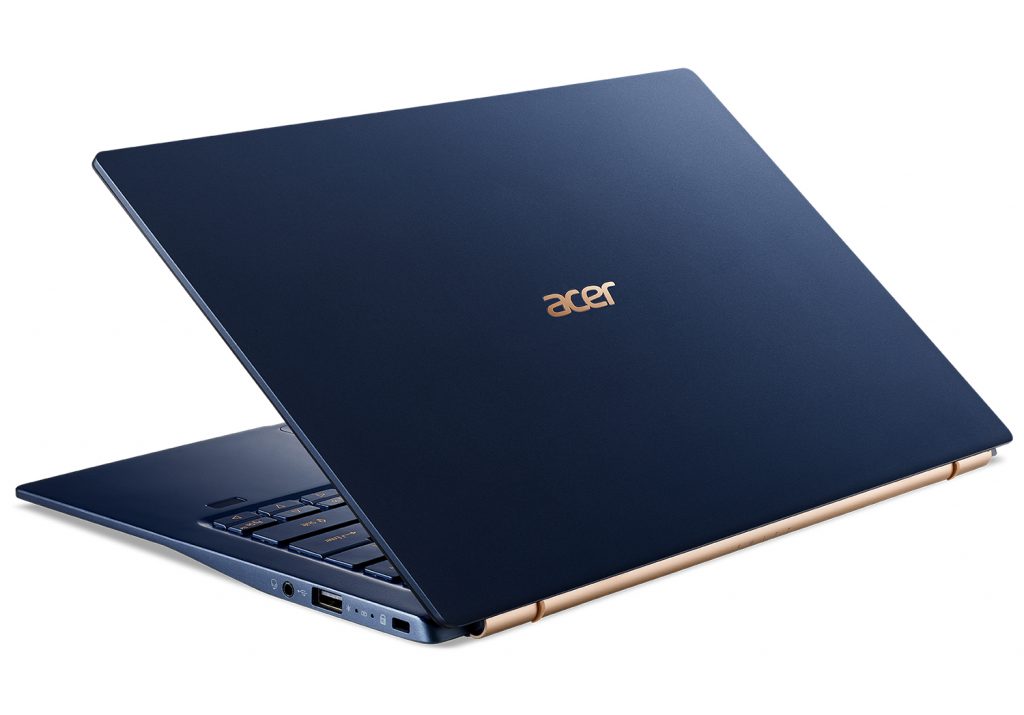 Acer swift Pro is a very nice laptop that suits any user be it business or someone working from home or in office. It is very light thus you can carry anywhere you go. So far the devices are available in US online markets and anyone from Kenya can order one. The KENTEX CARGO is so far the best means one can use to ship this device to Kenya. For a long period of time, KENTEX CARGO express has received great reputations from those who have used it so you can rest assured that your product will reach your doorstep safely. KENTEX CARGO prices also are very favorable so you don’t have to worry because anyone can afford it. Acer Swift 5 brings a lot of goodies under one roof.

Not only is it powered by a more advanced 10nm processor or part of the Ice Lake line-up from Intel, but it also manages to cool it and a managed GeForce MX250 Very well. What is really makes it unusual is that the users don’t have to strain or break a sweat because they can work well underworks low RPM, which makes it awesome. So advice anyone in Kenya can get one of this advanced device from the US online shops while you can still afford, and get it shipped via the KENTEX CARGO because the price can hike when it comes to the country. 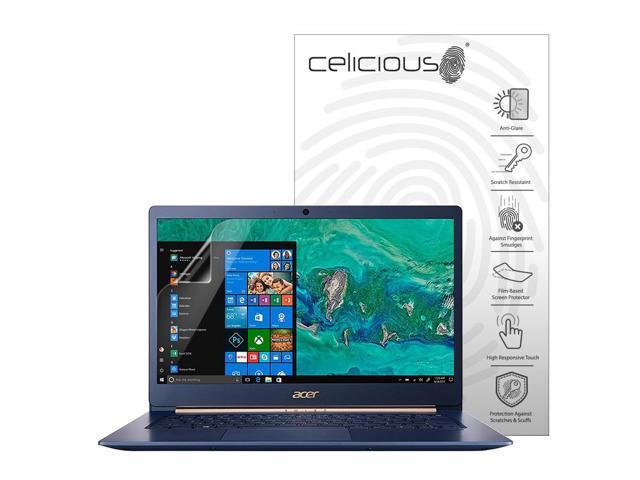