Buy Samsung S10 and S10 Plus in Kenya

Buy Samsung S10 and S10 Plus in Kenya

Buy Samsung S10 and S10 Plus in Kenya from the USA

Samsung has once again taken a big leap of innovation by releasing the first 5G speed enabled phones.

The Galaxy S series has just left many wondering whether it is real or just a gimmick, but guess what? It is real and it is not just one phone model but a variety four to choose from, all 5G speed enabled. 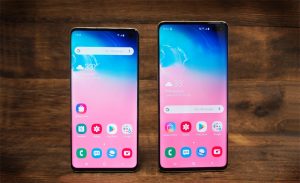 Samsung is without a dought the main rival and the headache for the apple products. This time around unlike iPhone, Samsung has purposely produced phones to complement the revolutionary 5G speed.

This does not mean that iPhones are not 5G enabled in fact almost all new generation smartphones support 5G, it’s just that Samsung has invented the phone to specifically run on 5G Speed. The phone can automatically switch itself to 4G in areas where 5G is not supported.

Samsung has put into consideration not just design, performance or even the software security but the price has also been tremendously considered. With these in mind, now you know where we are headed.

Like I told before, the phones are out in the market, unfortunately, you won’t be seeing it in Kenya soon, why? simply because it has not been released to the third-party resellers.

For the first-hand enthusiast, you do need to wait that long for you to lay your hands on that phone, just go to the Samsung store online store in the USA, buy that phone and Kentex Cargo will do the honour of delivering it to you within the shortest time possible.

Why Samsung online store in the USA? well, America has had its standard clearly outlined for anyone selling in the there to meet. In this case, Samsung has realised the same phone but not 5G enabled with lesser specifications for other countries and markets. If you need that phone with world-class standards, then go the USA way, with no dought, you will have acquired a quality phone that will give value to your money.

Let us see the difference between the Galaxy S10 and the Galaxy s10 plus. 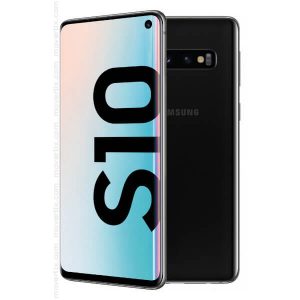 Samsung has gone the iPhone way by giving you the same phones but with slight difference to meet the needs of all its consumers.

Galaxy s10 is a little smaller compared to the Galaxy s10 plus, the phone remains the best in terms of its sleek and beautiful design, monster speed and almost bezel-less edges that paves way for a wider display.

Although it was succeeded with the Galaxy s20, the phone still remains a darling to many. The improved camera, new generation chipset and the price have also been a catch to the majority of the customers. If that is not enough, you still can get the S10 Lite, it the same phone but much cheaper.

Looking at this phone, you won’t stop staring at it, the phone has a wider screen that runs from top to bottom with a front camera on the top right that can be confused with a dot.

Did you know that Samsung does not outsource most of their hardware and software, they are all produced in house, looking at this phone, Samsung has just upped their game by equipping this phones with modern and up to date screens that are even in use by other phone companies.

Samsung Galaxy s10 displays a new tech super AMOLED 6.1 inches screen. Look at apple and look at this phone again, you will agree with mee that possibilities that apples use the Samsung screens are high.

Galaxy s10 has without a doubt been recognized world over as the best and accurate touch screen ever.

It has elegantly curved edges with pixels that spill over the sides, amped-up brightness for better outdoor visibility, and HDR10+ support for superior contrast and colour.

Unlike the previous generations of smartphones, the display of this one has just redefined what a smartphone is, from its QHD plus resolution that has an accurate pixel density of almost 550 PPI, that enables everything on display to be projected clearly to its compatibility with the Virtual reality headsets.

Look at the design, the phone will give you an array of colours to choose from; Pink, Black,  Blue, White, Yellow and Green are all available at your disposal.

When interacting with this phone, you will notice some amazing surprises, first the slim aluminium body with a glass cover at the back.

There is also a small bump at the back that houses an array of triple-lens cameras. Also at the back is wireless charging module that is invisible. Surprisingly the wireless charger is compatible with iPhone X. 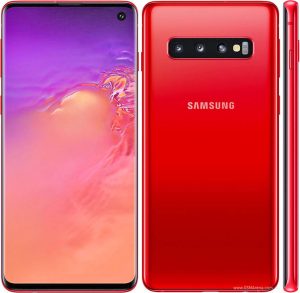 The S10 plus I can guarantee you is the phone for the year 2019/20. Though the same, the phone is an upgrade for the S10. I come with almost the same feature but just some few to meet the other consumer’s needs.

This one is fo the lovers of big displays, if you think you can manage this huge display without any problem, then this is your everything phone. Should I call it a phablet? well, time will tell but as for now let me take you through what it entails.

The S10 plus has a massive 6.4-inch display at your disposal, this phone should be a better match for the highly publicised iPhone XS, in fact it is somewhere above it in terms of size and performance.

It was perfectly designed to inculcate the aspect ratio of the screen to the body, don’t be surprised by its super-fast fingerprint sensor, it is just but the New-Gen technology, also a bonus for you is the wireless power share feature. I won’t discourage you but such a phone comes at a cost.

For the owners of the Samsung Galaxy S9 or even S9 plus, the S10 Plus is much bigger than that with a new and better 6.4-inch display is not something to just look and walk away, you need to look at it again.

After unboxing it, you will be at default settings with a resolution that is fully HD plus, this can be set to QHD plus for much better contrast while watching your favourite movie or playing games.

The design of the Samsung s10 plus is a cocktail of the previous versions and the new technology, it has paid attention to much slimmer aluminium body that is in between the glass.

The S10 Plus has also a variety of colours to select from; white, black and green.

The phones are currently available while checking from the online stores in the USA, you will also notice that colour options that are available there are totally different from the rest of the world.

Availability of this phone in the local market is not yet confirmed and it is a risk worth not taking.

With the high prevalence of counterfeits, it is highly advisable that you import this phone from the accredited sellers in the USA.

You can make the order by yourself, should face any difficulties, Kentex Cargo will assist from the ordering stage to the delivery of your package to your doorsteps.

You will have to email [email protected] inquire about how much it will cost, you will definitely get an instant quotation, if it will be within your budget, then go right ahead with your order.

It is much easier, cost-effective and fast to get that phone from the USA.